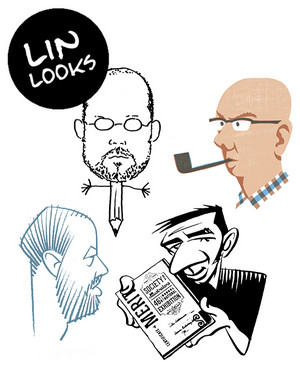 My Week as a Guru

In 2007 I finally had an opportunity to visit India. Mr World Comics India, Sharad Sharma had invited me, Hanna Anttila and Leif Packalén to train ngo activists as comics trainers.

When arriving to Jamshedpur airport, I was bombarded by the placards celebrating the founder of the ”Steel city”, Jamsetji Tata: ”He kissed the sky, and the sky smiled.” I was definitely a long way from home.
After extremely warm welcome at the workshop (two hours in Rajastani headpiece), Sharad explained the surprisingly increased participant number by stating laconically: ”India is a big country”.
As a professional comics artist, I was to teach a smaller group of experienced activists called ”Master class”. After considering the unintentional but obvious resemblance to India’s caste system, we decided to call it ”Advanced group”. It consisted of talented and enthusiastic members: Manish, Sunder, Nandesh, Deba-Jyoti, Rahul, Champa-Lal, Tawna, Suresh, Hansa Ram, Lakhindra, Thomas and Rashmi. Thomas felt himself so advanced that I saw him only two times that week.
I was to share my entire knowledge of making comics I had gathered in 15 years – storytelling, scriptwriting, dramatizing, sketching, drawing, creating composition and illusion of space, making layout and coloring – in less than a week, so the schedule was more than tight.
Participants were free to choose the format and the topics for the comics stories they were going to do. Despite the freedom, all of them took some social problem to depict. I was glad to see that for them too, the message is more important than the medium. Nevertheless the storylines were far from stereotypical educational comics. The messages were conveyed with interesting drama.
The stories became approximately six A4-pages long, so there were no time to finalize them during the workshop. Time shortage worsened with erratic electricity supply and a mean eye flu epidemic (which for some healthy participants seemed to be an excuse to use sunglasses inside and just look cool). We agreed that each group member makes one graphically versatile page ready for copying and coloring. I truly hope to have the opportunity to see the completed stories in the future, because they had huge potential.
Tarun Bose, my heroic interpreter, struggled against flu-related fatigue and fell asleep only once a day while translating. In pauses he shared his thorough knowledge of Indian society with me, and I got perspective of the conditions the ngo activists were telling about in their stories.
In drawing exercises we concentrated on a realistic depiction of objects and then on simplifying them into an efficient and clear presentation. It is the most important drawing skill for a comics artist to be able to portray things in an instantly recognizable way. At first the exercise seemed to be somewhat difficult to grasp, but next time the participants understood the purpose of it: the great difference between mechanical copying (seeing with eyes) and interpretation with insight (seeing with mind).

After the course the group gave me heartwarmingly good feedback on the instruction. Not being an experienced teacher, I was happy to discover that I had not only lectured but communicated – had myself understood.

’Guruji’ Ville for the WCI bulletin Comics for All